As a vehicle owner, there is a lot of preventative maintenance that you should be doing to maintain your engine. You should have oil changes performed regularly, based on either the time since your last oil change or the amount of miles you have driven. Here are some of the things that can happen to your vehicle if you ignore the need for oil changes.

The Engine Will Become Damaged

The main reason that you want to change your oil is to help maintain your engine. Skipping oil changes will start causing problems by causing the engine to overheat, which is going to put more stress on those critical parts that your vehicle needs to run. The engine itself is going to see excessive wear as well, and likely break down prematurely. In extreme situations, the entire engine may need replacement due to so many parts being damaged.

The Oil Will Turn To Sludge

If you are the person that drives your car frequently and goes well over the mileage recommendation, know that the oil is going to turn into a sludge in your engine. As you can imagine, this is not a good thing, since the engine needs that oil to lubricate the moving parts. The sludge forms because of all the contaminants that the oil picks up over time, and then spreads it throughout the engine as you drive.

The Oil Will Become Thin

The exact opposite can happen if you do not change the oil in a vehicle that has remained parked for quite some time. That oil is going to break down over time and eventually become thin like water. The oil may still be there, but it is not going to do its job to help lubricate the parts of the engine. That is because oil creates a thin film on the parts to help them move, and old engine oil is not going to be able to perform properly to do it.

The Warranty Will Become Void

If you have an existing warranty on your car that is still valid, know that ignoring the engine oil could cause that warranty to become void. There are likely clauses in the warranty that state how often you have to change the oil, and the manufacturer will not be held responsible if you are not doing your part by changing the oil when it is necessary. Change your oil frequently to avoid these problems. 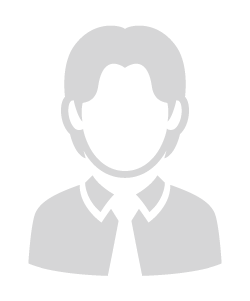